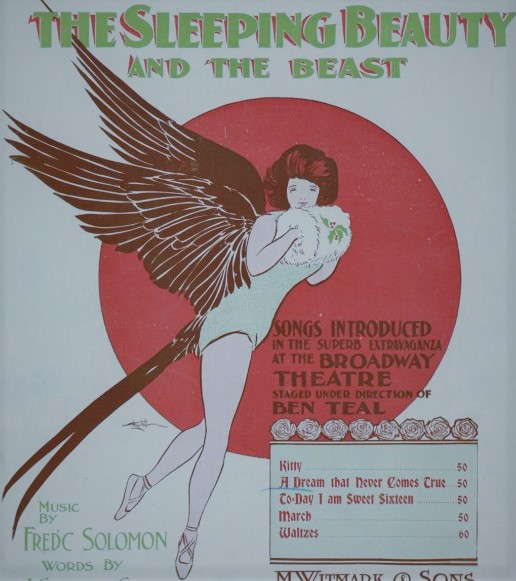 I’ve never had such a writing experience before. Soft Sci-fi is either good for me, or its about to tip the precious mind over the edge! So there I am, again, pondering my time travel conundrum. At least, I must’ve been doing that in my subconscious more than I realized.

Put simply my problem is like this. In the movie Back to the Future, Marty McFly goes back in time and meets his parents. But he interferes with the natural course of their relationship. In his family photo, his siblings are erased, and even his own hand goes invisible. Because of his meddling with time, his parents never got married.

Thus causing the same conundrum. You see, if Marty McFly never existed, then who meddled and prevented his parents from getting married? And if no one prevented them, then they got married and Marty existed.

Now, everyone let the writers get away with this in Back to the Future. We were all having too good a time to point the obvious out. (Being 24 years old back in 1985, I had the pleasure seeing that movie in the theaters when it first came out! Such brilliance! I had to go right out and buy myself some shoes from the men’s section.)

I assume that my own story might not be as entertaining as Back to the Future. I tried to just say, ‘oh well, who’s going to read it anyway? It doesn’t matter if there’s a flaw!’

But it bugged me. I didn’t want my story left with this flaw hole. Argh.

And then, at three in the morning last night. I figured it out! Of course! They didn’t have a Time TRAVEL machine! Inside the bubble of their machine time was stretched, but only for them! They had 500 years, whereas their neighbors, only 250! Therefore, they had 250 more years to grow in technological advancement. They weren’t aware of the bubble they were in. It stretched out and then realigned, so that when the two neighbors met again, time was the same for both! The dimension I created is the detritus of that experiment, but it’s also barrier of the bubble. Once time aligned, both sides could now travel through this dimension, although they couldn’t before.

Ta Da!!! Maniacal laughter was heard, in my mind. Still I managed to wake up my husband.

He was kind and told me what science actually knew about such things. (Real Science, bah!) And finally, around five a.m. I went to sleep. Then I had dreams, which when I woke up, knew I had to put in my story. I now have a new character I must introduce.

Kind of fun, but as I say, taxing on the old bean. To all my scientist friends, if you see some obvious flaw in my reasoning, KEEP IT TO YOURSELVES!!!

So there I am, wrestling with my Teddy Bear in Space, SOFT Sci-Fi book. I’ve been writing it for AGES. I’ve seen the big battle coming for weeks now, and known how to make it ‘spark’. At least three times now, I’ve thought that I’d written myself right up to the brink of it. This morning I knew that, truly, now, we’re ten minutes away from that battle, at last!!!

But how to get us out there, or in here, or wherever the stupid warriors are, ready to meet us? I plowed through the mire of my mind, Folks, just for, well SOME possible reader who might actually pick up this book someday!

Soft Sci-fi, indeed! What was I thinking? Yet surely I can figure this out! How is my Teddie Bear character going to cross that Bridge (ha!), and confront that nebulous (yet another one) bad guy?

And then, I had it. Lights came on and fired my whole brain. I walked around the house cackling and saying, “Of COURSE!”

You see that electric glassiness in my Teddy Bear eyes?

I’m going to write the scene before THE scene! Right Now!

Here are my two Grandbaby girls, Gladys and Astraea! They are so precious and beautiful! Today as we were snowed in, I just have to be thankful for all the wonderfulness that God has poured into my life. Like the overabundance of the snow outside! Thank you, Lord!

The ‘device’ I’m using to deliver information in my soft Sci-Fi novel that I’m writing, Teddy Bear in Space. Explanation of backstory!
‘Felix found an old record in Flunian research that was called, ‘Life on Flune, it’s early beginnings and what caused the Blankensphere’. He opened up the record and had no trouble keeping his attention focused. This record read like an adventure story and claimed to go all the way back to the first spaceship, the one that brought a full complement of humans and the ancestors of the Flunians here to this planet. It was written by a Flunian called Mastrey.
~~~‘I had the key,’ the record began. ‘The key to time itself, but my co-crew members betrayed me and became enemies. They stole my masterpiece. They took my machine and utterly destroyed it as well as my designs and diagrams that helped me build it in the first place. But I remember and could try to design it again, except they’ve imprisoned me and called me mad.’
‘Our ship traveled for hundreds of years through the stars to get here to Flune. The crew slept in deep hibernation, hundreds of humans as well as us. My people are superior to humans, however. We woke up from hibernation first after the ship landed. We unpacked all of our supplies, built our temporary structures, and then left the humans in their huts, still sleeping.’
‘I designed it that way on purpose. The leaders used to listen to my advice back then. I suggested that the humans mattered, that we should make them comfortable and safe, and to that end go exploring on our own. That way we could ascertain that the planet was actually the haven it was supposed to be. It all went according to my plan. We got back on the ship and flew away, coursing at Land Speed and taking note of this new planet’s attributes.’
‘I waited until we had gone a far distance from the weakling humans. And then I used it, my masterpiece. I turned the very key of time itself. I’d known the machine had a few problems to solve before time travel without consequence was assured, but I’d set the ship’s computer to solving the conundrum of those issues before we’d left planet Earth. The massive computer brain had over two hundred years to work on the problem during our journey here. I didn’t have the chance to study what conclusions the ship’s computing power had come to. I knew that, at its core, my time machine would already work. I assumed the problem of detritus had been solved. ‘
‘It was wonderous to turn my machine on at last and to see my dream’s fruition come to life! I’d programmed it to encase the ship and send us all back to the time at which we’d left Earth! Those hundreds of years that we’d wasted sleeping, could now be lived again!’
‘When we awoke after our miraculous journey, the world we now lived on had changed. Those that should be under me, they are the real demented ones. At first, they didn’t want to believe me that we’d gone back in time. That in fact, even if we could reach the spot at which we’d left the worthless humans sleeping, they wouldn’t be there. I tried to tell them the advantages. Our side now had hundreds of years to live here and advance. All we had to do was increase our technology and vast knowledge. When the humans came again, we’d be obviously superior in every way, and rule this new planet as we should.’
‘But I was cast aside. Instead of seeing the wondrous amazement of what I’d done for all of us, all they could see was the new dimension that had been created by my time travel. They gave the curious and beautiful dimension the ridiculous name of ‘Blankensphere’, although it isn’t even a sphere! The detritus issue left over after time travel hadn’t been solved at all by the ship’s computer. They sent in three people to explore the new dimension but those people were immediately lost never to return. Still, we had plenty of resources available. This new planet was rich with life.’
‘Only, I’m not allowed to live with them. I’ve been sentenced to spend the rest of my life in the ship’s brig, unable to see the new city being built or even to set foot on the planet that I changed. That they are unfair as well as fools I trust they’ll see in time. Until then I make this record, so that history will note the name of the greatest inventor ever known. My children, who refuse to visit or acknowledge me, will no doubt pass down my genius through their genes to my distant progeny. I Mastrey, have written this record with my own hand.’