“Guess we’ll have to lock you both in Mrs. Ferrison’s tower rooms,” Jersey said with relish. “What with Mr. Sykes wandering off and Mr. Tumlin caterwauling with his snores, the fact that the chamber’s haunted won’t bother the rest of us a bit!”

To Rufus’ surprise Miss Magnet stuck her head out the window, her blue eyes alight.

“Oh!” she said, “is this Inn really reputed to be haunted?”

Jersey turned right around in his seat and told the tale.

“Word is, Miss Magnet, that the previous owner of this Inn, before Mr. Ferrison bought it, mind you, was dreadfully terrified of snakes. Seems he’d been off to India in his youth and saw a victim’s skin turn black from the bite of one. The man had a suspicion someone wanted to do him in. This nervous condition of his was held up by the fact that every week he received a mysterious letter propped up somewhere around the Inn.”

“What did the letters say?” put in Maridoe, leaning out of the window too.

“No one knows,” Jersey went on. “They were burnt immediately upon the old gentleman finding them. I doubt he even read them. Anyways, one night- real late mind you, the Innkeeper leapt out of his chamber and woke the whole Inn with his screaming. Says he hears snakes a’rattling all around the walls and his time was finally up. Pointed out to him that there are no rattlesnakes in this area and he felt no better. He went running off in the dark with nothing on but his nightshirt and his greatcoat. They found his dead body next morning, more than ten miles from the Inn. But here’s the scary bit, in the pocket of his coat they found a snake skin- from a rattler. Now, every now and then when the night is dark, if you listen real close you can hear the sound of a rattle coming from that tower room.”

Rufus had a look inside the carriage. Miss Magnet and Miss Maridoe both looked amused at the driver’s story, but the maid Deirdre appeared agitated.

“Yes, sir,” said the man, turning back around to face the horses with a wink. He clicked up the team and the carriage picked up some speed. It was good to trot into the comfortable village with the evening light falling.

Here I am with a typical blurry selfie pic.

Here’s Rick, and we’re having an overnight date! Time with friends and quaint eateries; 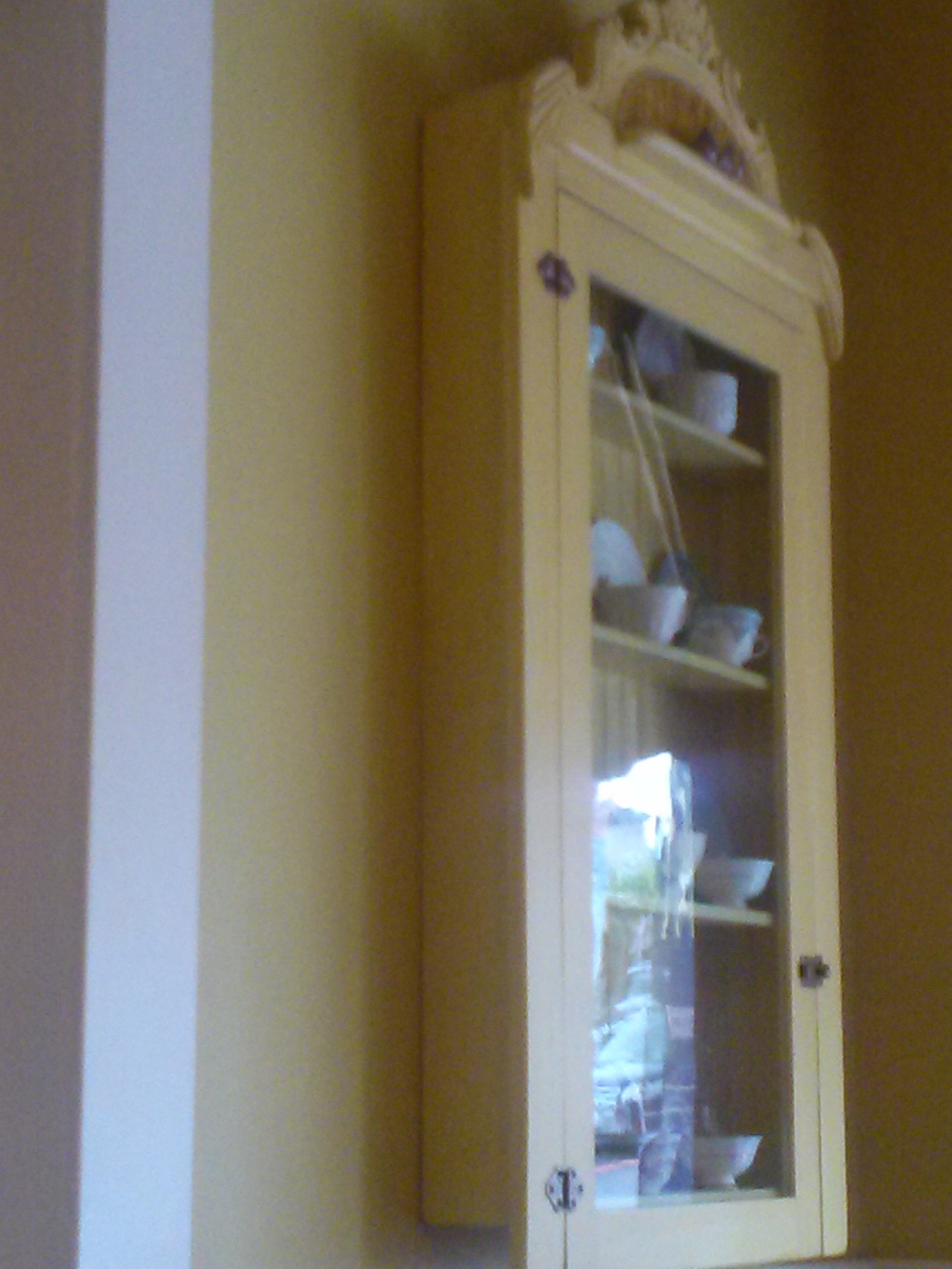 Strolling down the street in Anacortes:

Stopping a bit to rest:

And murals done by an artistic Sasquatch. 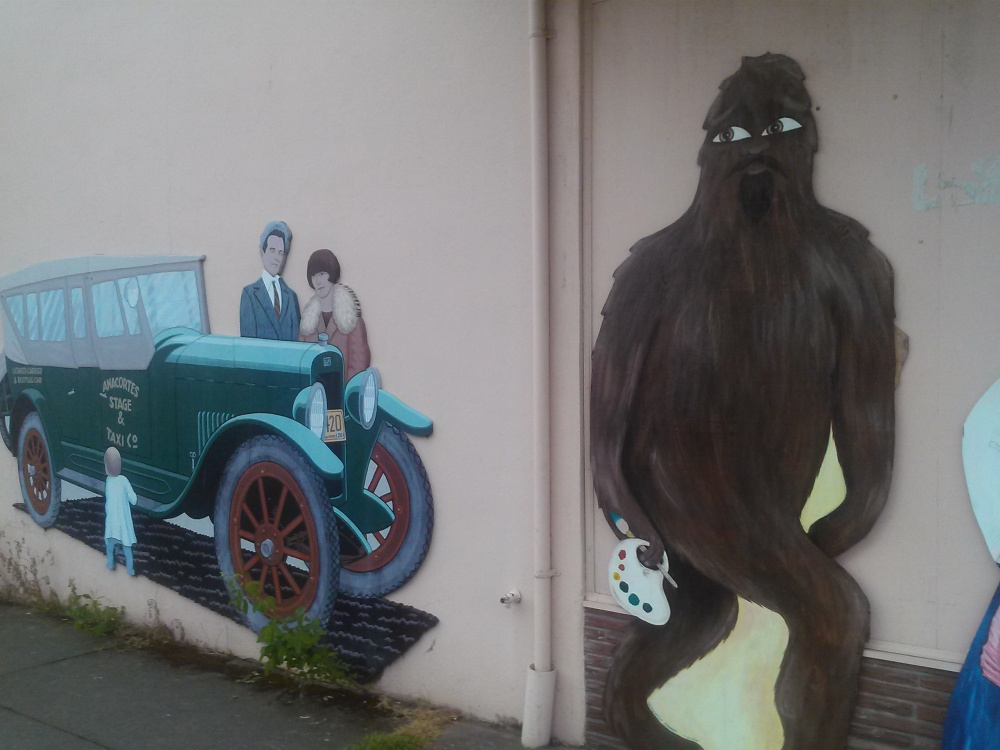 Add shopping to that and meeting a new author doing a book sighing at a used bookstore and my weekend was wonderful. I have a terrific husband! 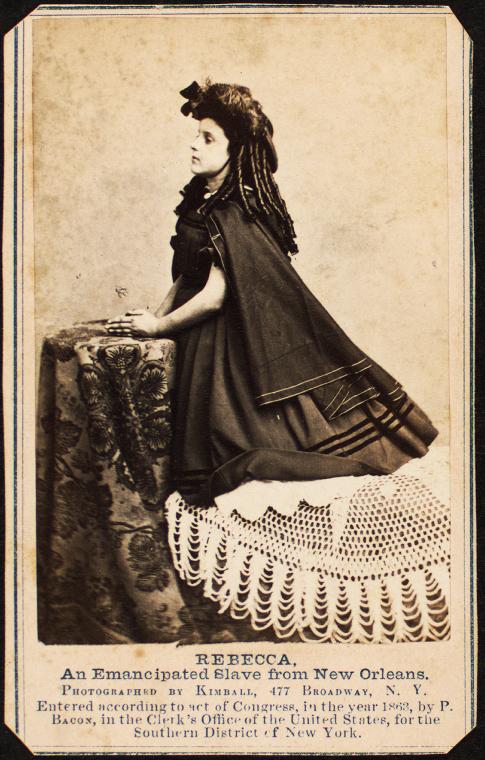 Way back in the early 80’s, I remember having such a Purple Rain phase. (Except for the crude parts, ha ha.) My friend and I saw the movie several times and I always marveled at the talent. But being such an earnest little Christian I remember I prayed for Prince, many times. One day I wondered about my prayers- since I knew I would never meet the man and certainly never know if they’d been answered.
Not long later I came home from work and did something I never did at home. I turned on the Christian radio station. Working all day in a day care center taking care of the babies, I never wanted background noise when I got home from work and would usually go straight to my room and take a nap. So I was barely paying attention to the radio, because it was the talking blah-blah that goes on between the music.
But then I realized that a Christian recording artist was talking on the radio and he’d mentioned Prince. I felt a strange tingle. The man described how he was staying in a hotel somewhere on tour and when he got on the elevator he found he was sharing it with Prince. He had just a few minutes with the man before he reached his floor and departed but in that time they had a short, but vibrant conversation about God. All of a sudden I realized that God was showing me the answer to my prayer- and not only that- that God had made certain that I would hear, out of all the radio moments in a week, that particular bit of a one minute interview given at a time when I never listened to the radio.
You see, God told me, it didn’t matter that Prince was famous and I was just a young woman living a quiet life in far away Seattle. God knew us both.Since then, in a weird way, but I am weird- Prince has been kind of special to me.

Driving and thinking of a plot- the thought is fleeting. Butterfly thought;  it’s wings fold and open away. Either my brain is empty or too full of nonsense- ha! Get to the writing group and see all the bright faces and I start working-

Soon I have a pictorial scene of the scattering of my thoughts. They say writing is a solitary craft. Part of it is, I guess. But it takes other people to set your brain alight. Other influences to train and comfort you. Not just others trying to accomplish the same thing as you, but friends, family and God who is busily giving us gifts of Spring days and  gorgeous sunsets culminating in tonight’s full moon. 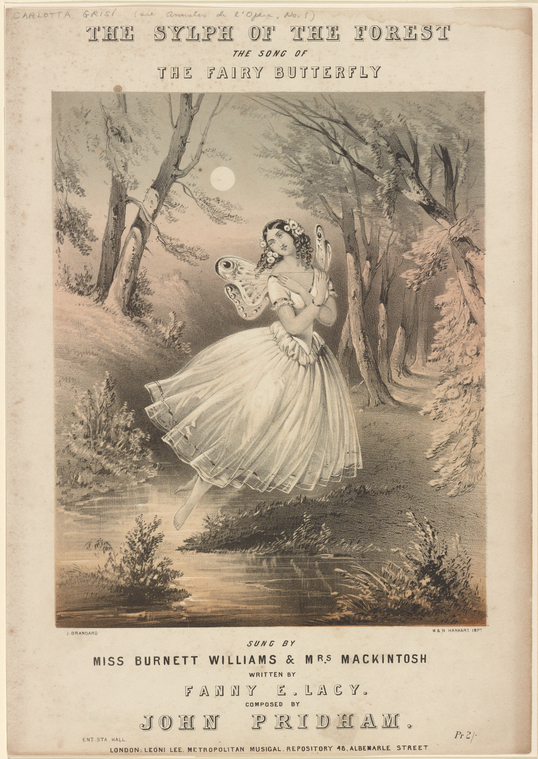 For this moment, surrounded by such special gifts, I feel like a butterfly. Perhaps I can write tonight!

Look at this poor guy in the picture. (Kinda handsome in a brooding poet kind of way.) You wonder, who’s she flirting with? She’s in the daylight, the room vast and open around her. He’s in the dark corner hemmed in. His feelings might seem to be a disadvantage to him. But if she has no heart and he does, I can tell you right now, he’s better off.

He’s going to change the world somehow, by writing a sonnet or becoming a doctor or by befriending the lonely on his quiet way home from his desk. Someday, if he doesn’t end up with this butterfly of a woman, he’s going to meet the perfect girl in the park.

If we could live on top of the petals,

If our childish imagination could lead,

instead of steady in our head-

dreams that lie within-

There’s no need for evolution

and the sorrow of a God-less tale,

Empty your mind of the serious loss

of the seconds in life’s timetable.

There’s no place for misery in the

Catch a lilt of his sweetness when

They all point to hope-

(Ha ha, you thought I should rhyme…)

~One time I went with a dear friend when she had to go on her doctor visit. It was at a fancy little building of doctor’s offices in Bellevue. I excused myself, once she went in to her appointment, to find a restroom. I didn’t see one on my floor so I remembered there was one on the floor below. Afterwards I thought I’d just use the stairs instead of waiting for the elevator. To my huge surprise, the heavy metal door of the stairwell locked behind me. In fact all the doors to every floor were locked. ‘What,’ I thought, ‘if there was a fire?’ When I finally pulled out my phone and called my friend; interrupting  her appointment so she could rescue me; I sat back sheepishly in the waiting room and wrote this… ~~~

Locked in a stairwell

Think of the silence in that useful chamber

Your footsteps make too much noise

Going down makes you wonder

If there isn’t a radioactive basement.

Going up makes you feel breathless

The levels are decks that no one will ever use

The grilled edges of each stair pronounce themselves

Finally you stop and cling to the door

Your voice is too loud yet no one is listening

Either they’re laughing or you’re about to be arrested

Somebody save me from this airy defeat

Before I hammer on the door

And admit to forever trying to use

This was something I wrote a few years ago on another blog of mine. (http://vickybastedo.blogspot.com/) I was going to reblog a nifty poem I read on another person’s blog, but I got caught up wondering if I had permission. So here’s this, anyway! It still describes my current hang-ups!

‘Writing is so special. Even when I can’t think of a new story, I’m still taking note of life. My mind is split in two, the part that’s experiencing, and emoting about that experience, and the part at the back. That part that exists no matter how scattered I am, or how spread thin.
Inside is the treasure chest; behind the ornate door is a world all my own. I just have to step through into that windswept landscape and call out. Sometime I know I’ll live there again.
Perhaps I can’t write now. Maybe real life is affecting me too deeply. I’m worried, or agitated, or in a permanent state of waiting. I’m trusting God that somehow my children will be all right, that all the pieces I drop are noticed by Him.
Yet that inner world is there to help me, to show me that in the life of my characters there’s answers. The way  for them is untangled.
God allows me this hideaway. He gave me the gift. He understands the inner workings. And forgives me that I go there alone. And one day soon I’ll insert that rusty key. The ornate iron gates will open for me with a creak of possibility. I’ll step through into the windscape, and smell a journey coming on.
There’s two parts of me, and inside either I’m powerful and safe.’ 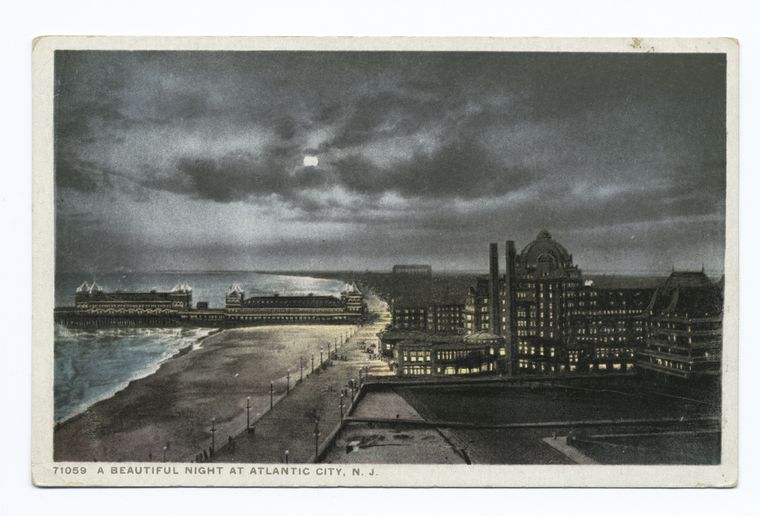 I really enjoyed this simple message of a time of sisterhood past. So quiet it sits in the park- moss-grown, no pomp. 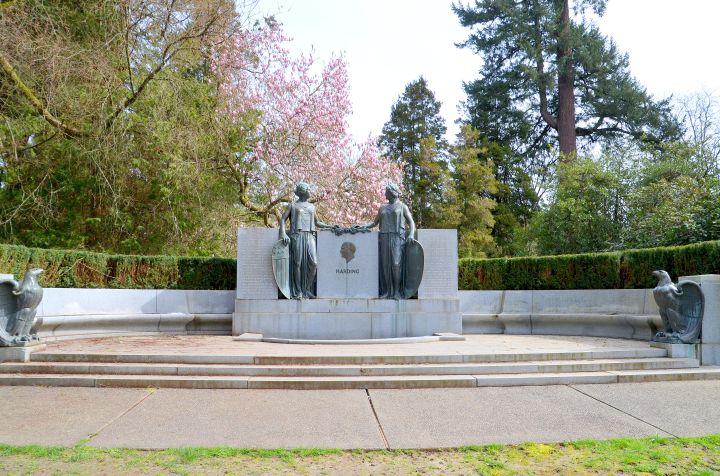 We found this monument close to Stanley’s in Stanley Park and I’m glad we took the time to read the inscription. The monument was erected as a memorial to President Harding’s visit to Canada in 1923. “What an object lesson of peace is shown today by our two countries by all the world. No grim-faced […]

via Neighbors to the North — The Happy Wonderer ~ ellen b.

…was an incredibly beautiful morning with the early spring blooms beginning to brighten my yard and the sky a piercing blue. 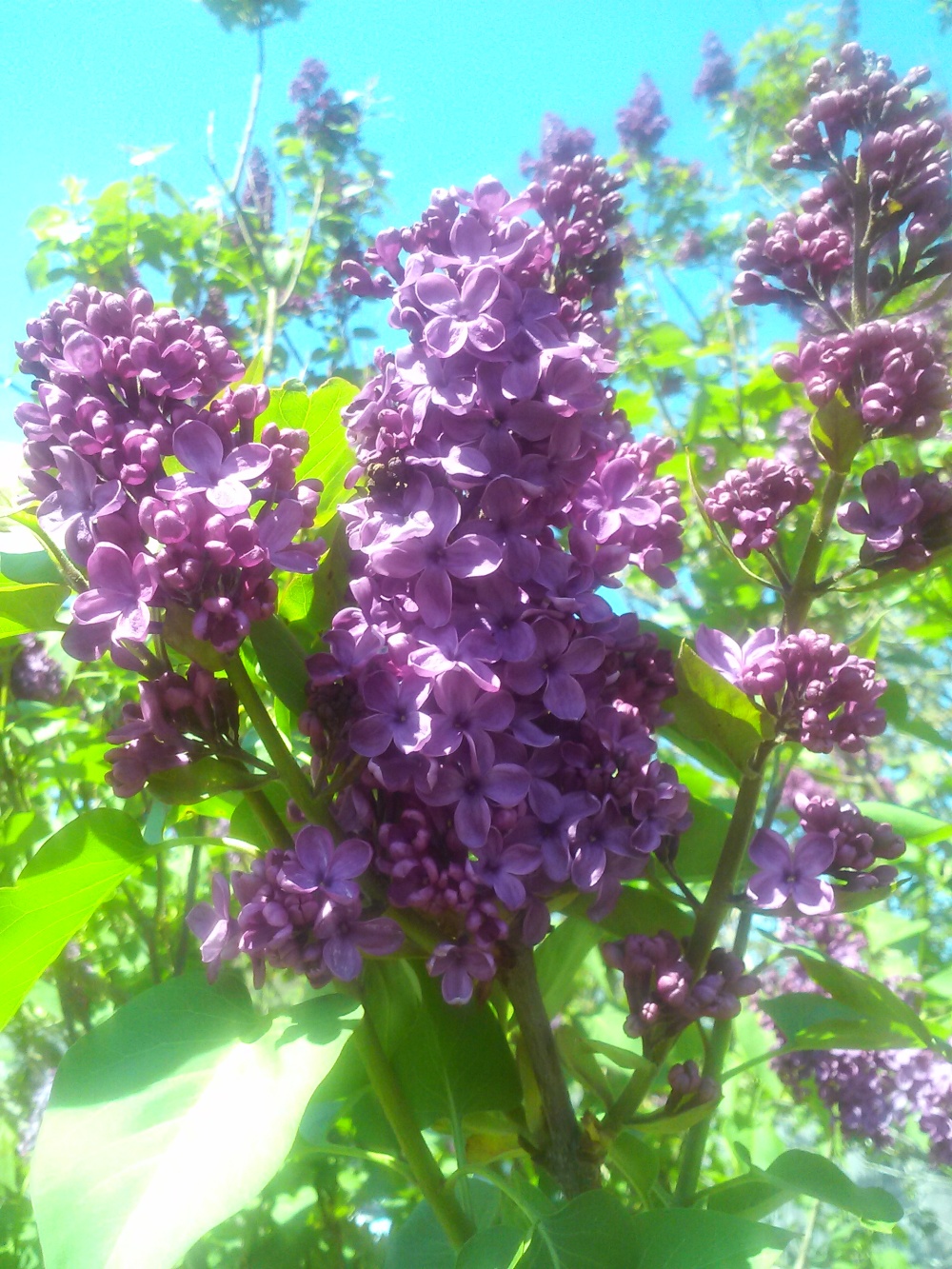 And tonight a beautiful sunset colored the distant sky. Take time to witness the delicate beauty that God has set for us to see. It proves His sweetness, fragrant like my newly minted lilac blooms.